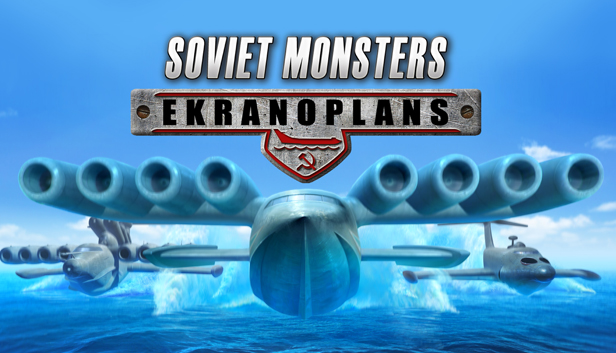 In EKRANOPLAN: SOVIET MONSTERS you are in charge of the day to day running of the Ekranoplan program. Manage resources and staff to keep your craft operational. When a mission arrives from on high you must be ready to face the challenge and pilot your Ekranoplan / command the crew to a successful and glorious outcome.
The idea was born a night of summer 2013, talking with the development team leader, Mattia Santachiara of Santas&Co, based in Reggio Emilia (Italy) and Tallin (Estonia). As Mattia is a big soviet-old-engineering’s fan, and Ivan Venturi and old-managerial-and-simulation-games’ developer , the idea of EKRANOPLANS raised, with the help of our friend Edward Grabowsky of Edward Grabowsky Communications.

The game is just in the beginning of its path: the plan is to update it and update it, till the prefection will be reached.

The game is published by MERGE GAMES.