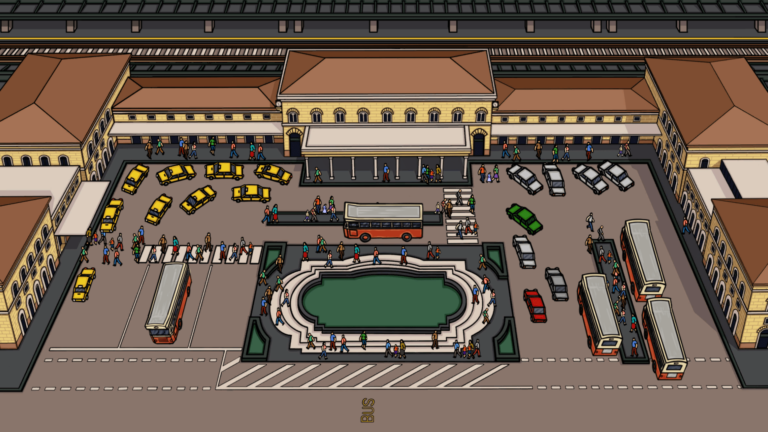 BO020880 – Interactive visual novel created by I.P.I.D., Association of Families of Victims of the Attack on the Bologna Station of 2 August 1980 and the Accademia di Belle Arti of Bologna

Forty years after the terrible massacre that took place on 2 August 1980 at the Central Station of Bologna, BO020880 was created, a visual novel conceived and created by Association IPID – Italian Party of Indie Developers in collaboration with the Association of Families of Victims of the Attack on the Bologna Station of 2 August 1980 and illustrated by the students of the Accademia di Belle Arti of Bologna.

The interactive visual novel consists of scenes depicting the victims in the moments before the explosion: there are 85 stories of lives broken too soon; but there are also other scenes, marked in black, which reconstruct the preparation and execution of the massacre organized by the leaders of the P2 Masonic lodge, protected by the leaders of the Italian secret services and carried out by neo-fascist terrorists.

No opinion or hypothesis, only facts reconstructed on the basis of judicial sentences.

An interactive visual novel to not forget.

BO020880 is available for free in Italian, English, French and Spanish for PC (Windows, Mac), Android and iOS 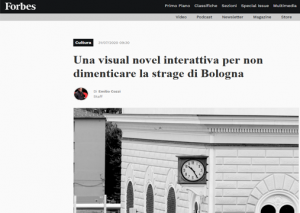 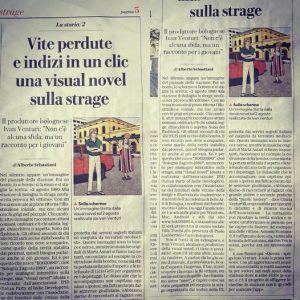