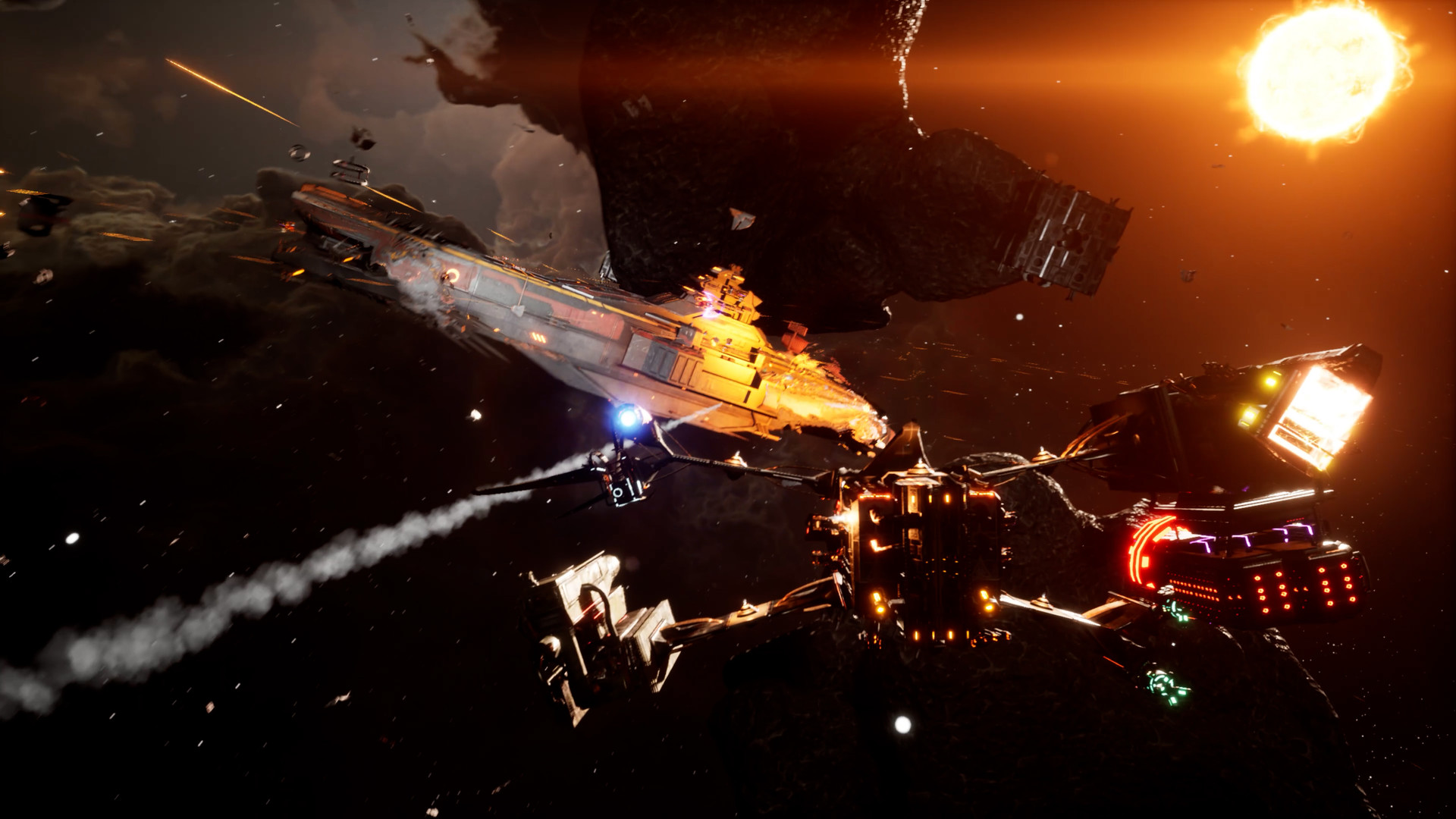 Take on the role of a Raider, in the service of the Human Empire, as you traverse a treacherous galaxy in the far reaches of space. Take on quests across multiple systems or strike out on your own to fight, explore and scavenge resources and credits. Trade, craft, customise your ship and fight to survive as you uncover the mystery of a galaxy haunted by an ancient civilization.

In HAUNTED SPACE, the innovative co-pilot system allows you to choose the level of control you prefer, from a complete space simulation, through to a more arcade-style experience. At its maximum level, the co-pilot makes the game accessible for blind and visually impaired users, and it also supports eye-tracking.

Haunted Space is on STEAM.